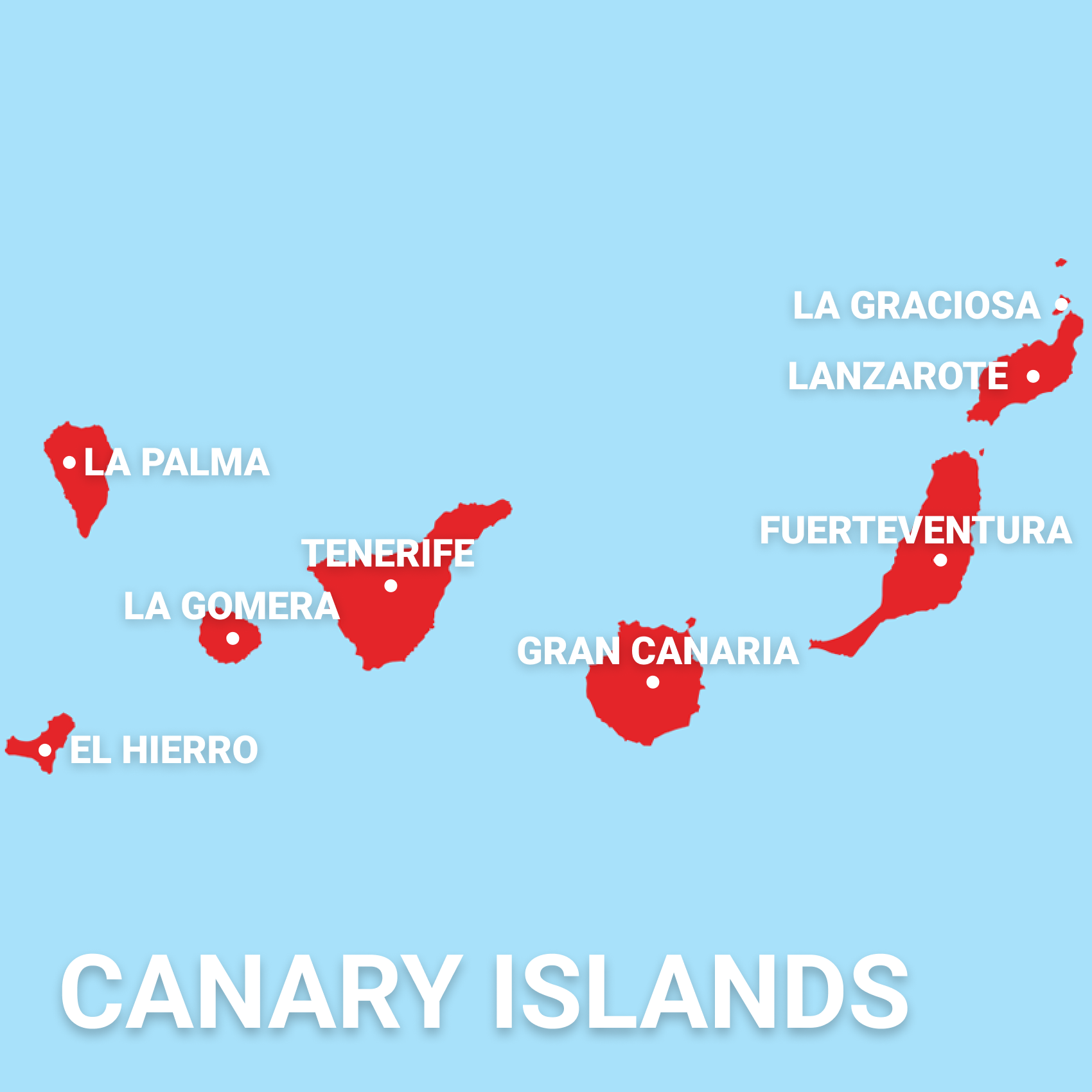 The Canary Islands are located in the Atlantic Ocean, northwest and only 95 km from Africa. The eight Canary Islands and their islets form an autonomous community of Spain and are one of the outermost regions of the European Union. The Canary Islands are an archipelago of volcanic origin and the largest and most populated in the Macaronesian region. The enormous climatic variability of the islands as a result of their diverse orography and isolation, among others, makes the archipelago hosting a great biological, landscape, and geological diversity that makes it one of the most diverse regions in Europe.They are truly a miniature continent that contains, staggered at different altitudes and different islands, several ecosystems representative of the Canary Islands. Starting from the coastal scrub, then giving way to the thermophilic forest and later to the monteverde vegetation, to be replaced at higher altitudes by the Canarian pine forest and, finally, by the summit scrub. The laurel forest is associated with horizontal precipitation, which is caused by the condensation of coastal fog caused by the humid trade winds. This permanent atmospheric humidity has allowed the survival of relict plants. Each island host insular as well as many Macaronesian endemic species.

With an area of 708 km2, La Palma ranks fifth both in size and population in the Canarian archipelago. In addition, it is the second Canary Island in altitude, with the 2426 m a.s.l of the Roque de los Muchachos. Since 2002 the entire island has been declared as La Palma World Biosphere Reserve (lapalmabiosfera.es). 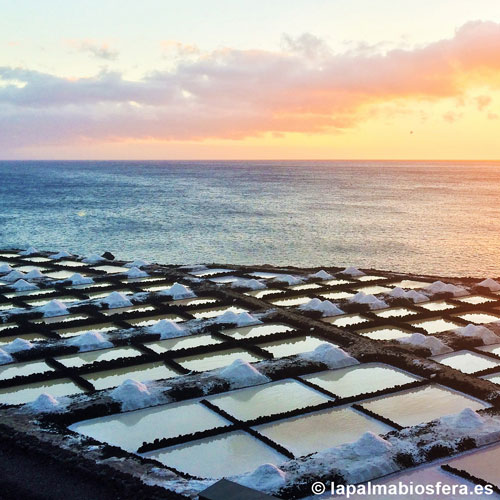 Gran Canaria is the third island in extension (1560 km2) and altitude (1956 m a.s.l.) of the archipelago and, although it is the second most populated, is the one with the highest density of inhabitants. Since 2005, part of the island and its adjacent marine area has been declared a Biosphere Reserve (reserva-biosfera.grancanaria.com). 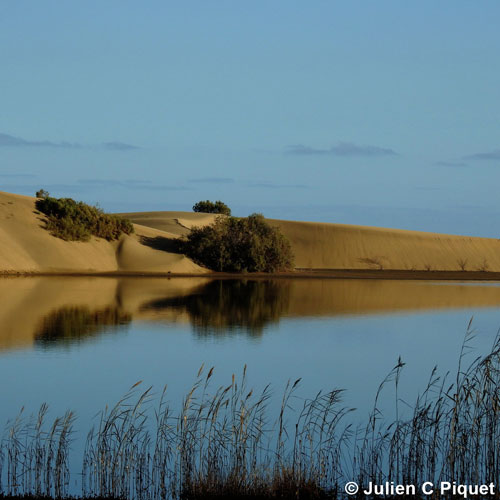 Tenerife is the largest in the archipelago and Macaronesia and the most populous in Spain and in this biogeographical region. In the center of the island is the Teide National Park, declared a World Heritage Site, and Teide is also the third highest volcano in the world from the seabed (3,718 m a.s.l.). The island also has the Macizo de Anaga, a Rural Park that was declared a Biosphere Reserve in 2015 (reservabiosfera.tenerife.es), which is the natural area with the highest concentration of endemisms in Europe. 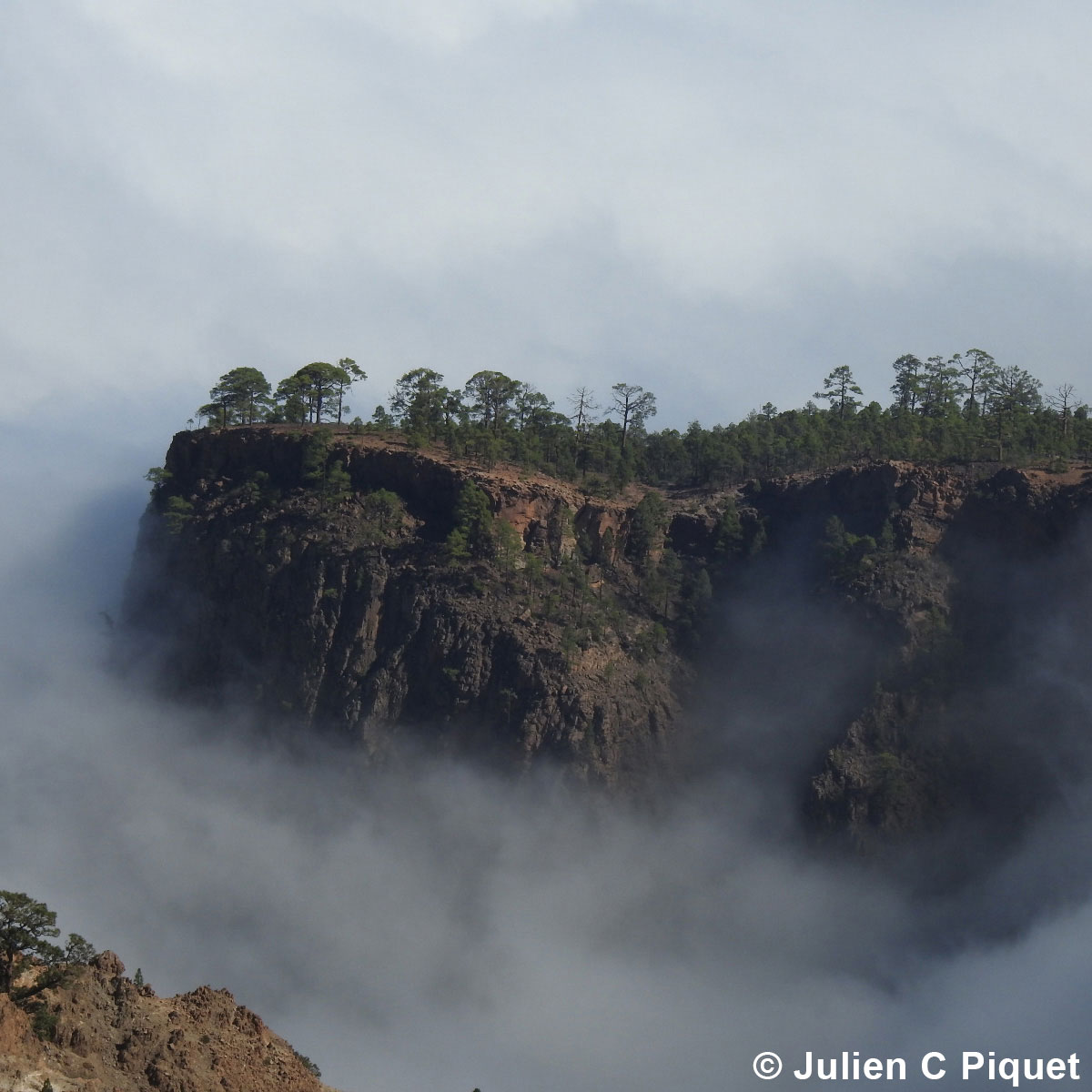 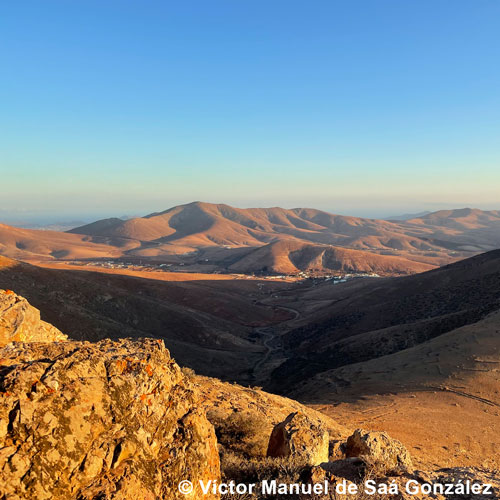 Lanzarote is the third most populated island in the Canary Islands and the fourth largest in the archipelago (845,9 km2). It hosts the Timanfaya National Park and the entire island was declared a Biosphere Reserve in 1993 (lanzarotebiosfera.org). 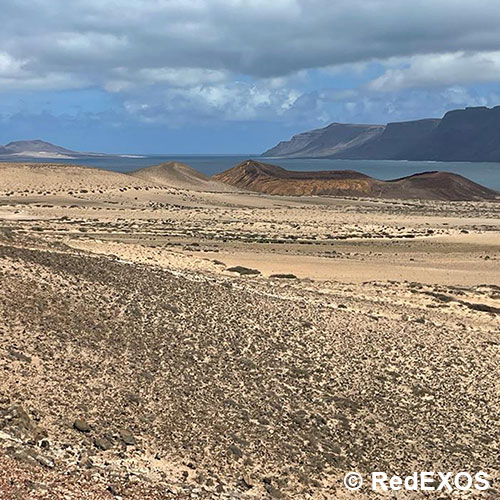 El Hierro is the westernmost and southernmost island of the Canary Islands, being the smallest of the seven major islands (268,71 km2) and the least populated. In the year 2000 the island was declared a Biosphere Reserve and in 2014 it acquired the figure of Geopark by UNESCO (www.unesco.org/mab/50anniversary/es/el-hierro). 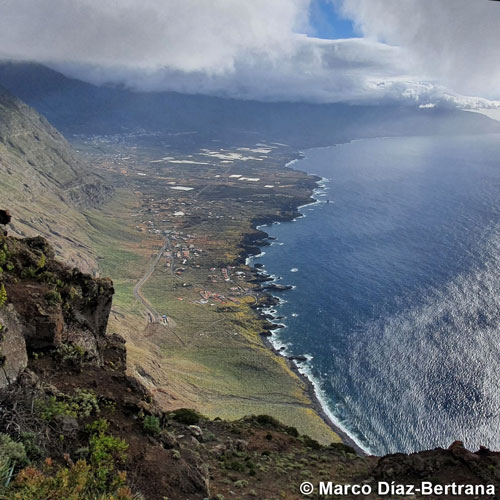 The island of La Gomera is the second smallest island in the archipelago (almost 370 km2) and the sixth in terms of population. The entire island was declared a Biosphere Reserve in 2012 (biosfera.lagomera.es), also housing the Garajonay National Park, a World Heritage Site since 1986. 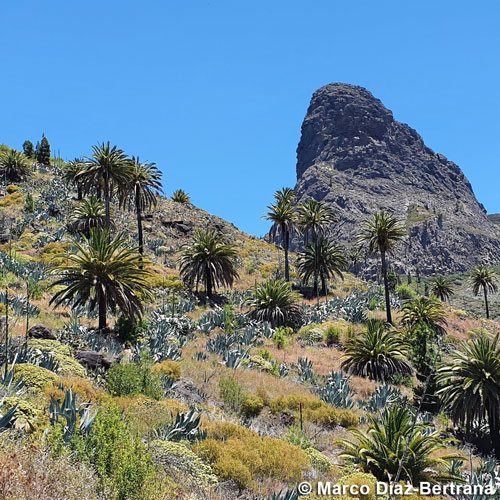 1. Install the RedExos App in your telephone mobile (Android or iOS) and register yourself to start. Note: you must activate your account through the email that will arrive to your email.2. Check in the species section the species that you should report according to the island where you are located. Note that we have selected certain species to be reported depending on the island. Go to Species section to double check which species to report.3. Organize an excursion or visit in your garden or in your surroundings and if you find any of the species for your island, report it through the app.4. Click on Report species to start the report and complete the basic data so that it can be validated:

a) Add the species: write the name (scientific or informative) of the species in the search engine. Note: we will need some good photos that allow us to identify it.b) Select the location: enlarge the map to the maximum to place the pin in the precise place where you observed the species. Note: this information is very important so that the RedEXOS team can carry out the actions.c) Add the images: you can take the photo directly, or go to the photo gallery of your mobile to upload up to 3 images. Note: different perspectives of the specimen, especially for the flora (details of leaves, flowers and fruits), will facilitate its identification.d) Write the quantity: indicate how many specimens you have observed, or an approximation.e) Include a description: if you consider it appropriate, you can provide more details about the species sighted in this section.

5. You can continue completing the Additional Data, although the previous information is sufficient. Note: You can always edit the report once it's submitted, if you missed any information.6. Click Submit to submit your report. A thank you message will appear as confirmation of submission.