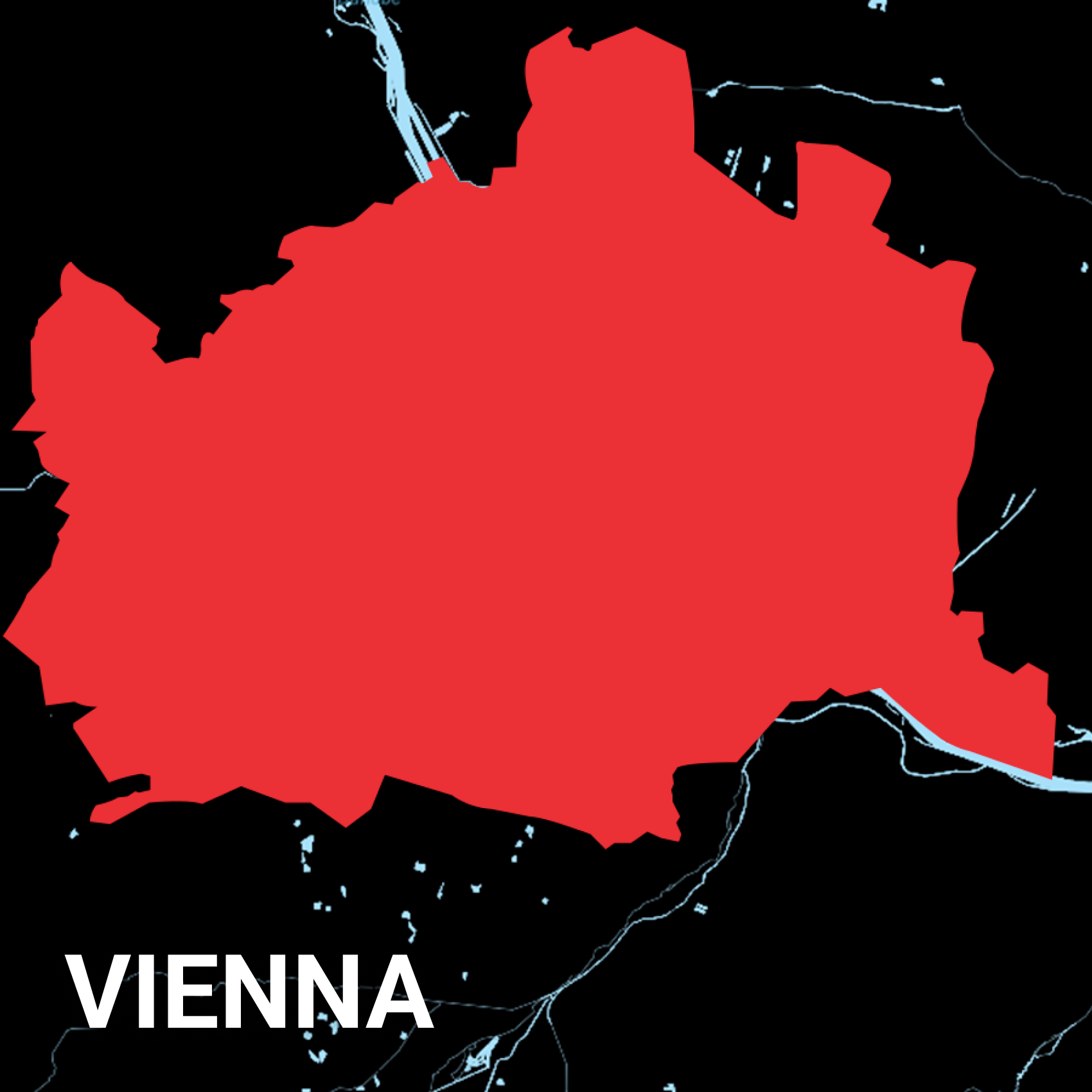 The City of Vienna is the capital of Austria and one of the nine federal states of the republic in the heart of the Alpine region. The urban space covers an area of 414.87 km². With about two million inhabitants, it is also the largest and most populous city in the country. Although Vienna is one of the big captial cities in Europe, about half of Vienna's area is green space (forest and meadow landscapes, park and field landscapes). As a result, two-thirds of the Viennese people have to walk less than 250 meters to get to the nearest green space. In addition, larger parts of the city are also used for agriculture, e.g. for vineyards.

Vienna extends from an altitude of 151m above sea level up to 542m. In the northwest, west and southwest of Vienna, the Wienerwald, a big forest area extends into the city space. The river Danube flows through Vienna and provides fresh air, as well as numerous small rivers from the Wienerwald, which also find their way into the city of Vienna. The mountains to the west are continued by glacial terraces to the south. The east of the city is dominated by agricultural land. In the southeast the green space of the “Lobau” is located and forms Vienna's share of the Donau-Auen National Park.

The Viennese climate forms a transitional climate with oceanic influences from the west and continental influences from the east. This is noticeable in the yearly comparison by mostly strongly fluctuating measurement results. Generally Vienna usually experiences lower precipitation amounts and longer dry periods. Winters here are rather mild compared to other parts of Austria. The 30-year average air temperature is 11.4 degrees Celsius in the city center and 10.2 degrees Celsius in the outer districts. The average amount of precipitation is around 600 millimeters, with an average of 741.5 millimeters measured in the west of the city and only 514.5 millimeters in the east. There are 60 summer days and about 70 frost days.

A border runs through Vienna between two floral regions, both of which belong to the Holarctic floral kingdom: the Central European Floral Region and the Pannonian Floral Province. In addition, a sub-Mediterranean influence can be detected in Vienna. For this reason, many species that are unique in Austria grow in Vienna and are accordingly worthy of protection. Nature’s protection in Vienna is regulated by various legal norms, such as the Vienna Nature Conservation Law, the Vienna National Park Law and the Vienna Nature Conservation Ordinance. The following protection levels exist: European protected area (Natura 2000), national park, nature reserve, protected landscape area, protected landscape part, ecological development area, natural monument, protected biotope, biosphere park and Ramsar site.

The largest and most important protected areas are the Danube Floodplains National Park and the Wienerwald Biosphere Reserve, which protect the east and west of the city, as well as the Bisamberg and the "Alte Schanzen". In addition, there are a larger number of smaller protected areas and objects. 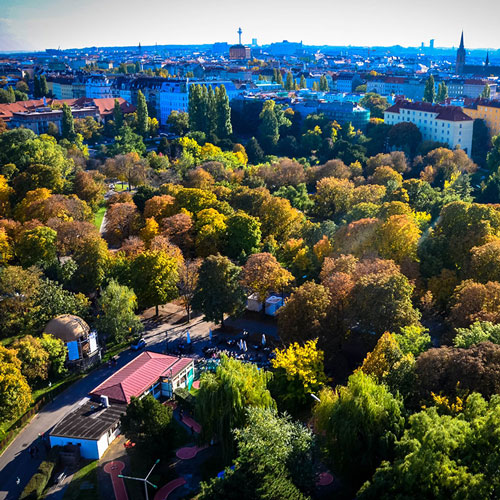 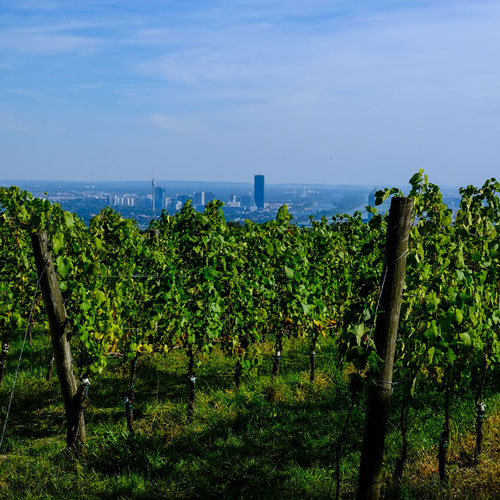 The BioBlitz will take place in the Vienna province from May 20-22, 2022. Participants in the BioBlitz are encouraged to take photos and record observations of alien species using the app "iNaturalist" to help collect data for the region. The observations of participants will assist us in identifying and documenting alien and invasive alien species (IAS) early on, allowing us to initiate appropriate management. To record their observations, participants will need a smartphone or tablet. How can you participate in the BioBlitz 2022 in Vienna (Austria)? 1. Download the iNaturalist app (for android or ios) to your smartphone or tablet or you could access the web iNaturalist through your computer and create an account. 2. You can join the BioBlitz Wien 2022 project in iNaturalist (BioBlitz Wien 2022 · iNaturalist) to keep track of the observations made by you and other volunteers involved. 3. During the weekend from May 20th to 22th, record all your observations using the inaturalist app though photographs of the invasive species in the Vienna that you detect. 4. Via the iNaturalist project page you can see the results of the documentations. To participate or for more information, please contact: bioblitz.wien@bfw.gv.at Tel.: 0043-1-87838-1351